Wyld about sex: Are you and your hook-up in sync? 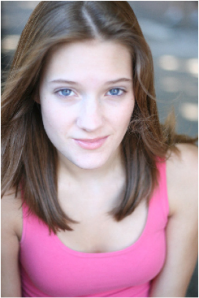 You’re at a party and you have a little too much to drink. You kiss someone that you’ve had your eye on for a while and one thing leads to another. Suddenly, you’re lying next to them in bed and the last six hours are a blur. Whether you feel embarrassed, guilty or overjoyed, it’s a familiar situation that a lot of us have experienced. Sometimes alcohol isn’t even involved, but the feelings afterwards remain the same. So the question is, why do we continue to have hook-ups? Are there some occasions when one-night stands are okay? I talked to a variety of students, both guys and girls, to get their perspectives about hooking up.

A guy friend shared his outlook with me: “It’s great, it works [and] I’m a fan. I’ve always been in control of the situation. But, it just takes one little sip of alcohol and you lose your inhibitions.” It’s all well and good when the feelings of “hitting it and quitting it” are mutual, but what happens when one person does have feelings after what happened? “You just say to them,  ‘That was fun! But I have a lot of [stuff] to do so I think you should be going soon.’ You kind of feel like an asshole. But if you want a relationship, date me. Don’t hook up with me at a party where you’re pretty intoxicated.”

This friend makes a valid point. Sometimes, we use alcohol and hook-ups when we’re too shy to approach the person we like in everyday life. That almost never works out, unless the person knows what our true intentions are.

One particular girlfriend of mine has had her share of hook-up experiences. “It’s something I’ve done. I do it out of loneliness. I do it because who doesn’t like to have sex? . . . It’s fun but it can also be stressful. I didn’t enjoy it for a while.”  As someone who has admitted to being raped and sexually abused in the past, she admits that she went through a stage where she didn’t really care. “At a certain point, it doesn’t matter anymore. You go on autopilot. [Afterwards,] you’re embarrassed and you hate yourself.”

But this friend still insists that it’s a confidence booster. Perhaps, in the moment, it does boost your confidence to know that someone wants you. But, after that moment is over, and the person that just made you feel beautiful has essentially “quit it” and left, that boost of confidence tends to leave too.

The key is being able to say no. “I have to have a stronger and more sound willpower. I have to trust myself and allow myself to say no,” the friend continues. Saying no can be hard in the moment, but it beats that unbearably guilty and dirty feeling you get when you’re on the way back to your dorm in the wee hours of the morning.

So the verdict is in. Hooking up is alright, as long as the feelings — or lack thereof — of those involved are mutual. It’s hard to be honest with a person when it comes to sex. But, that honesty can certainly save you some heartache later.
Question? Comments? Concerns? Email me at liz.wyld@thedoah.com.

Tagged as: hooking up, Liz Wyld, Wyld about sex