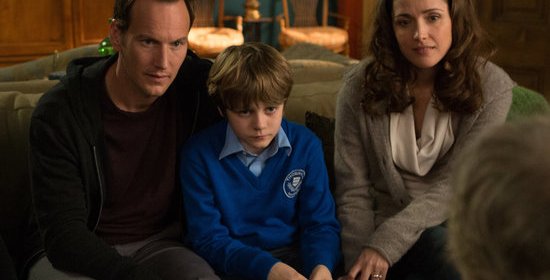 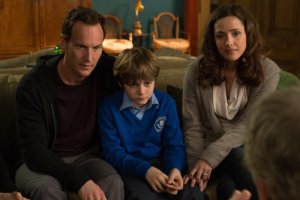 “Insidious: Chapter 2” continues the story of the Lambert family. In the first film, “Insidious,” Josh Lambert had to rescue his son from demons by entering the ghostly netherworld known as The Further. Now Josh has returned, but he is acting strange. Josh’s mother and a trio of ghostbusters try to uncover the reasons behind Josh’s strange behavior and if it has any links to his own childhood ghostly encounters.

Patrick Wilson, who plays Josh, shows he can play creepy just as well as charming and gives a sinister performance. Rose Byrne also delivers a strong performance as his wife Renai.

It’s a good idea to brush up on the “Insidious,” released in 2011, before seeing the second chapter, which has craftily woven events from the first film into the second half of the story. However, aside from some of the clever plotting, most of the story is a convoluted mess. The eventual revelation ends up being incredibly silly and underwhelming.

One of the villains is so over-acted that it ends up being cartoonish and funny. To get a sense of what the performance was like I suggest you watch a YouTube clip of Creedence from “Troll 2.”

Any attempts of actual comedic relief ended up not being funny at all and unnecessary. The movie even ends with a cliffhanger that had nothing to do with the Lambert’s story, promising a sequel that may not even happen.

Despite the script problems, there are still some truly effective scares. Director James Wan is incredible at crafting the shots for the scary moments, with a mixture of tension-filled build-ups and frenetic and unexpected jumps. Without all the eventual explanations, this would have been a fantastic ghost story.

“Insidious: Chapter 2” has a bad script with great visual style. Wan and writer Leigh Whannell are clearly capable of much better, which was proven with their hit movie “The Conjuring,” released only two months ago. Both films were shot at the same time, which may explain the lazy filmmaking and sloppy story in this compared to the incredible work in “The Conjuring.” “Insidious: Chapter 2” has some great moments with an overall poor execution.