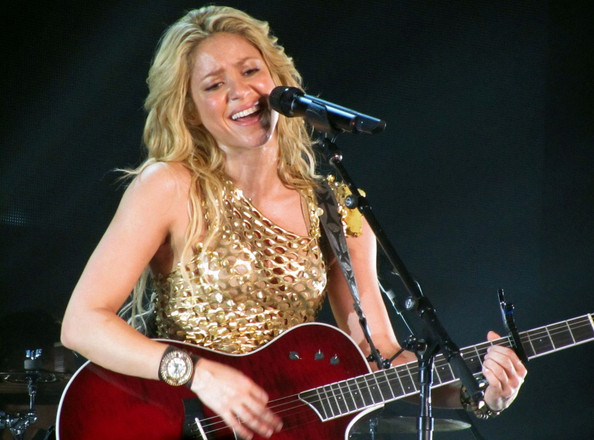 International pop music sensation Shakira released her self-titled album, “Shakira,” on Mar. 26 with RCA Records. The singer became one of the largest known Latin performers when her album, “Laundry Service,” came out in 2001. She was born in Barranquilla, Columbia on Feb. 2, 1977. In her personal life, she is in a relationship with Spanish football player, Gerard Pique. They had a son, Milan, in 2013. The two had an impact on the new album and are even featured in the song, “23.” Currently, she is a coach on the NBC competition show, the Voice.

“Shakira” takes a predictable turn with its style. The singer chose the Western style of pop and grassroots music over her Latin roots, not necessarily a negative aspect. The album is filled with mostly production edits and digital instrumentation. Fans can be excited will be excited over the fact that her distinctive voice stands out a tremendous amount throughout the entirety of the album. With only a few noticeable collaborations, some may wonder what Shakira was thinking during the process.

The first song tricks listeners into thinking that she reverted to the style of some of her previous albums. It then follows the steps of other popular female vocal idols. The song, “Cut Me Deep,” features Magic and follows some Latin rhythms with its drumbeats and brass instrumentation. Shakira and Magic’s unique melismas take up most of the three minutes,. With the exception of a couple of verses, listeners should not expect too much substance. Her radio single, “Can’t Remember to Forget You,” features singer Rihanna, and the music video has reached over 220 million on YouTube. The single exemplifies the modern adaptation Shakira has taken in order remain in the spotlight of the international stage. In terms of music and instrumentation, the songs stay relatively static and listeners may become passive when listening the whole way through.

The lyrics, although simplistic, are honest and follow various parts of her life. “You Don’t Care About Me” speaks of an abusive relationship and has a haunting melody. A noticeable track is the collaboration with Blake Shelton in “Medicine.” It follows mostly with Shelton’s style of country music, and the song seems to be featuring Shakira rather than the other way around. Another honestly expressive track is “23.” In this song, she shows her love for her boyfriend and son. In the remaining few seconds of the song, the sounds of a baby can be heard. She expresses a great amount of emotion in this album since the lyrics come so close to her past experiences.

The biggest takeaway of the album is that Shakira fans may end up confused, they may question when Shakira changed her sound. Instead of her distinct Latino grooves, she traded in for a forgettable pop album. A music critic from Los Angeles Times calls her reminiscent of “Taylor Swift” and “Kelly Clarkson.” Only two tracks have Spanish vocalizing, and one song is only the Spanish translation of “Can’t Remember to Forget You.” Previous albums of Shakira were filled with trademark drumbeats, Latin rhythms and exotic dance numbers, but her newest album seems to be strained with overly produced pop music forced on by the producers.