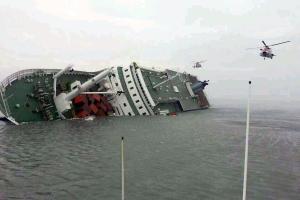 After 10 p.m. on Saturday, Apr. 27, the Prime Minister of South Korea, Jung Hong-Won resigned after the Sewol ferry sunk more than a week ago. His resignations comes in the middle of the ongoing search efforts for the more than one hundred missing. On Apr. 14, the Sewol ferry tipped in the Incheon when returning from the resort island of Jeju. The ferry had about 376 passengers– most of them students returning from a field trip.

The Prime Minister, who is the Head of State and has a minimal amount of actual power, resigned due to the criticism that government is received after their lack of response to the ferry disaster. Many people believe that the government could have saved lives if they had responded sooner. The P.M. would have resigned sooner but felt that he owed it to his country to stay and oversee the search. Currently they have pulled 187 bodies for the ferry while 115 still remain missing.

The pain of the crash does not only weigh heavily on the Prime Minister. Kang Min-gyu, the vice principal, who was in charge of the students on the ferry, committed suicide on Apr. 16, just two days after the sinking reports CNN. Min-gyu was originally rescued for the ferry but the guilt became too much for him. In a suicide note he wrote, “it was his idea for the field trip and that the deaths of the students were his fault. He said he could not live not knowing where his students are” said CNN.

South Korean authorities have arrested the crew of the ferry on charges of “causing death by abandoning (ship), and violation of the country’s marine law, the Rescue and Aid at Sea and in the River Act” states Yang Joong-Jin, the senior prosecutor.

Currently, the South Korean government does not have any idea of what caused the ferry to sink. Leading theories include the changes made to the ferry to increase the ferry’s passenger capacity and the shifting of cargo.