Inside the Life of a Possible Esports Prodigy

Glenn Lewandowski never cared about getting money to play the video game called rocket league, never paid much attention to the people who are making that money, and certainly never pictured being one. The fifteen-year-old kid just wanted a cheap game to play with his best friend and brother.

Less than three years later that all changed when Glenn got a message from a member of PeepSquad; a professional rocket league team that wanted to give him a tryout. 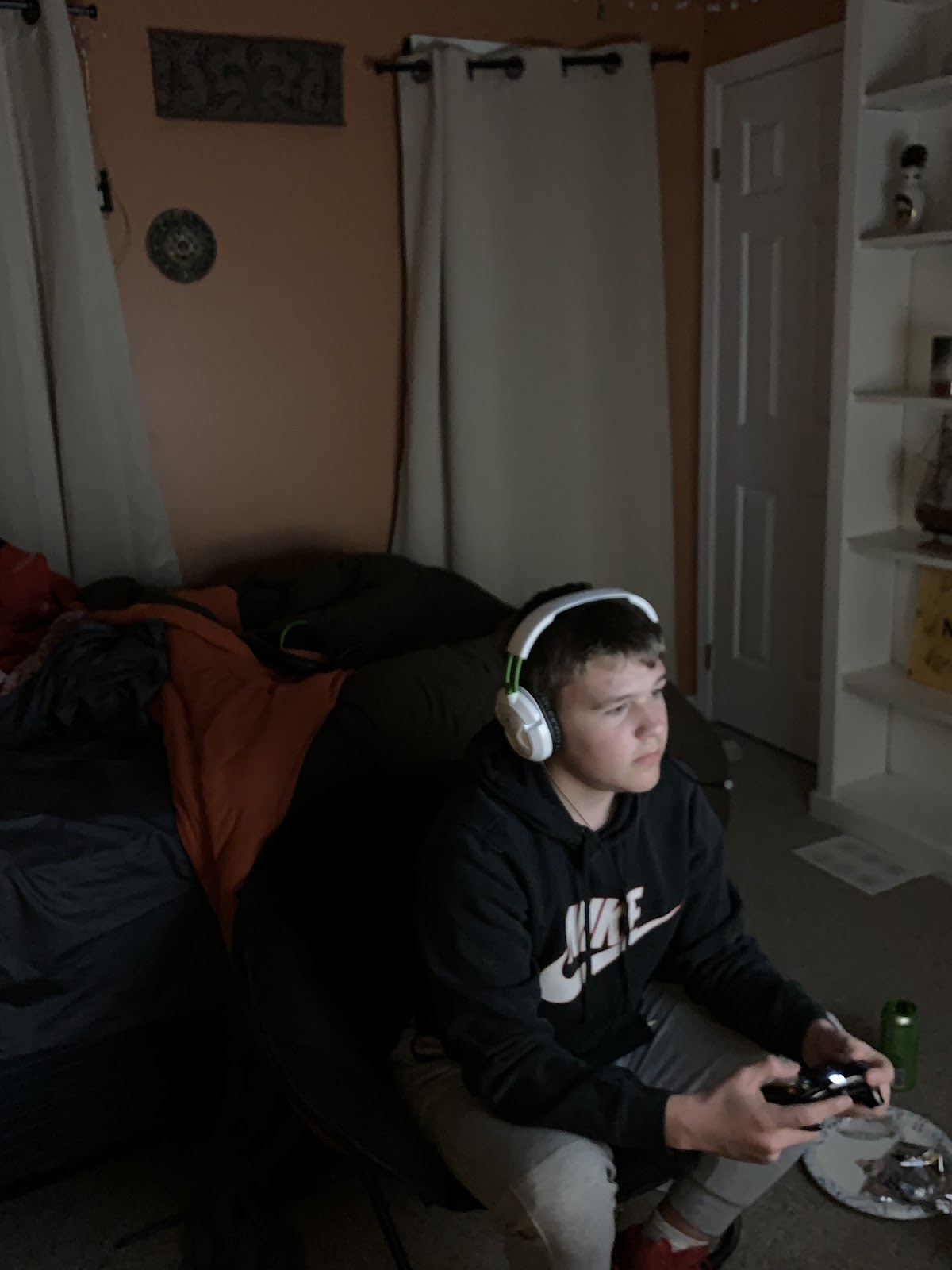 “I thought it was some sort of scam at first” Glenn recalls. “Once I found out it wasn’t I couldn’t believe it. I’m fifteen, and yet they thought I was skilled enough to compete with the big boys.”

Esports is the fastest growing sport in the U.S. and possibly the world. New technology, software, and YouTube has given way for video gamers to not only make money doing what was once a hobby, but also for some to make a living doing it. Whether you get sponsors for your YouTube channel or get picked up by a pro team, if you have the talent, you will get recognized. And Glenn, aka “ScapularMist263” or “Scap” for short, certainly has that talent.

Scap mostly just played for fun and love of the game before the tryout. “I just enjoy playing [Rocket League] so much because there’s no end to the game. You can beat other people but never the game. There is always something that you can get better at. It was definitely a magical moment and eye-opening trying out for a Pro team. It’s made me work harder to get better.”

Ever the perfectionist, Scaps love for rocket league has grown even more since trying out for PeepSquad. “I love the game even more now. Rocket league is such a great game to me because there is no correct way of doing anything, no correct style of playing, always multiple ways you can play out a certain situation.”

Yet the possible fifteen-year-old prodigy doesn’t even know if he’ll choose to go pro, given the opportunity “I’ve had my heart set on joining the military for years now. My cousins, uncle, and oldest brother all joined the military; I feel like serving my country is kinda in my blood.” While nothing has even been offered to Glenn yet, he is quick to note that his decision between joining the military or becoming a professional gamer is anything but decided “I obviously have no idea what the future holds, but I’m incredibly grateful and blessed to be in a position where I have multiple options to be successful regarding my future.

It may be easy to think of what will become of Glenn Lewandowski, but he’s not trying to hear those projections or expectations. Scap is just trying to stay in the moment “In all honesty, I’m just focusing on doing my chores and passing my classes so my mom doesn’t get on me.” he says with a laugh.